5 Challenges Face By Developers To Stay In the Race 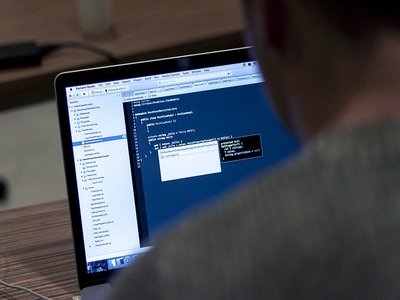 The role of the software development teams is strongly impacted by the digital transformation efforts of businesses and the technological modernization of the businesses, according to an American survey published by IDG. 362 programmers, architects, and engineers involved in the application development of medium-sized companies and large groups were interviewed.

Here are the main trends to remember from this report: Develop, Invent, and Secure

1. Maintain and Innovate: Most of the developers interviewed stated that they spent the most working time modifying and maintaining existing applications, frequently (for 49 % of the panel) or irregularly (33%). The second most cited task concerns frequent (40%) or irregular (40%) resolution of development problems. Software development itself comes next (44% speak of frequent developments, 31% of discontinuous developments).

However, application development (41%) and design (39%) are the activities to which developers would like to devote more time.

2. Do More with Less: For recruiters, the demand for qualified developers exceeds the supply. What about the point of view of the professionals on the job? Among the developers surveyed, 63% consider that their team has the necessary talents (17% totally, 46% enough). On the other hand, 36% believe that their team is understaffed to successfully carry out the missions currently entrusted to them.
However, while 39% of respondents expect the internal development team to grow in the coming months, 42% expect stabilization.

3. Upgrade Your Skills: The technological modernization of organizations creates new needs. 40% of developers declare that they want to acquire new programming skills/programming languages. And 39% think that it is necessary to master new development tools and platforms (low code…).

4. Option for DevSecOps: The DevOps Approach (combining software development and IT operations) is becoming the norm for 62% of developers. In addition, 49% say that security is integrated into the application development process from the planning phase. For the largest number (33%), software development managers are behind the adoption of Dev (Sec) Ops. For 26%, it is the management of information systems (DSI), or even the general management which is at the initiative.

5. Working With AI: Asked about cloud and open source technologies that their organizations have or plan to integrate in the coming months, developers have most often cited: containers (Kubernetes, Docker, etc.) (41%), microservices (37%), artificial intelligence (29%), machine learning (27%) and serverless computing (24%). The 2020 trends in software development confirm the dynamic.