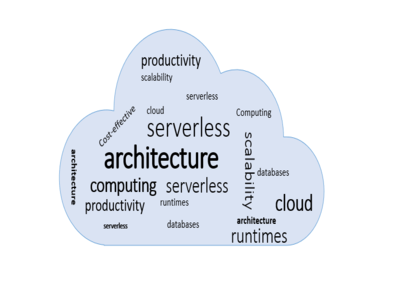 The term ” Serverless” is today at the heart of many debates. If the questions are multiple some of them come back often and illustrate a confusion between containers and serverless as well as their respective advantages. Although architectures are modern approaches to application management, each has specific advantages. The best way to understand the difference between the containers and the serverless architecture is to observe the respective developer communities.

Most of the documentation on Docker Containers Installation addresses issues related to the management of the infrastructure and its tools. These tools make it easier to manage the underlying hardware or virtual machines and distribute the containers across multiple AWS servers or instances. The documentation for the serverless tends to focus primarily on creating serverless applications. Basically, the serverless allows developers to focus on code writing. With this term, the servers seem to withdraw from the equation. But in fact, it means that the developer does not have to worry about managing infrastructure resources. While services like the Amazon Elastic Compute Cloud (AWS EC2) require that you provide resources for the operating system and application, a serverless architecture simply requires the number of resources that a single request for the function requires.

For example, a Web test suite may require 128 MB of RAM for a single website. Even if you deploy 10 million copies of this feature, each individual feature only needs 128 MB. They can even work simultaneously. The serverless focuses on what each individual query needs and then adapts the serverless development approaches automatically.

There Are Several Approaches To Serverless Development. Developers who typically use a traditional framework, such as Flask, Rails, or Express, have the option of choosing a serverless framework, such as Chalice for Python or Serverless for Node.js. They are indeed identical in their approach; which facilitates the transition for these developers. Unfortunately, this unique framework approach imposes limits both in terms of application size and complexity of the approach.

b. Migration Of Servers:

Developers may quickly run into problems when trying to migrate this application to a serverless application. For example, an AWS lambda feature is limited to approximately 50 MB. This includes all dependencies because they must be included at the time of deployment. What approaches to development? Another key point: AWS CloudFormation imposes a limit on API complexity. The developer will have to separate them if there are too many endpoints or operations. In addition, the pitfalls of monolithium also apply it becomes more difficult to upgrade services, to maintain them.

In addition, there is only one point of failure for the environment. However, with one function, cold starts are easier to manage. Microservices require a different approach in the serverless. The use of a framework is certainly possible, but we must divide the API into several microservices. This makes it possible to share the code between services that communicate via AWS Lambda invocations. Take the example of a company whose email marketing system is based on several microservices. Its application is hosted from Amazon CloudFront: Amazon Cloud uses a service to allow users to take a template, another service to choose the recipients and a third service to send emails. Each of these services is also divided into separate microservices. The emailing service first builds a list of recipients in a function. Then, it transmits the email template and the recipient list to another function, which divides this list of recipients and transmits each recipient, plus the email, to a third function for sending by email. The serverless functions are often chained – which mitigates the five-minute limit for the runtime, as well as the size limit of 50 MB. In the example of the emailing system, the first function, which manages the construction from the recipient list, has access to Amazon DynamoDB (the AWS NoSQL service) to retrieve recipients. But it does not need to have the code installed to process the email template or send the messages. The last function, in charge of emailing, does not need to access DynamoDB, but it needs to know how to build the model from the input data. Above all, none of these features need to be exposed via Amazon API Gateway.

Instead, it is a separate service that takes a user request, authenticates it, and passes it directly to the email service through an AWS Lambda call. For complex services, like the example of the emailing system above, developers can choose to use AWS Step Functions instead of connecting Lambda functions by hand. This provides further support for error handling and can automatically handle state and data transfer between functions. Each function is still completely isolated, but state and transitions are all handled by AWS.

Serverless Architect Debugging Tools Traditionally, developers could simply log in to the system, run the application, and view logs and entries to debug. In a serverless architecture, there is no server to connect to, and local execution can be much more complicated. Some AWS plug-ins, such as Serverless Offline and SAM Local, allow you to run most offline applications. However, these do not work well if for example an authorization procedure is performed from another repository or if there are several functions that must be chained. In many cases, developers must run their own system for development and testing, and then make changes to an AWS account. There are several tools for identifying application-level issues and for tracking performance.

AWS X-Ray can automatically trace issues through other calls to AWS. Most applications require a few lines of code to activate this X-ray. It can then display the network map and report problems (the provisioned rate on the DynamoDB tables or the competition limits in Lambda). Logs from standard errors are directed to Amazon CloudWatch and can be ingested into an Amazon Elastic Search instance. Overall, serverless allows development teams to focus more on the product and its results, but more tools are needed to manage the planning, testing, and monitoring.

Hence the need to map the project: this makes it possible to decide whether a microservice architecture is possible or desirable. If properly executed, a serverless architecture can save time in developing new features and can evolve to infinity. If, on the other hand, developers skip the planning stage, it is to be expected that it will be more difficult to manage.